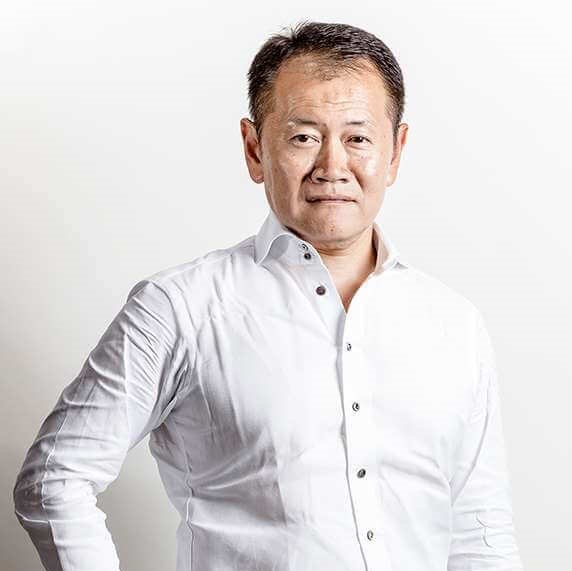 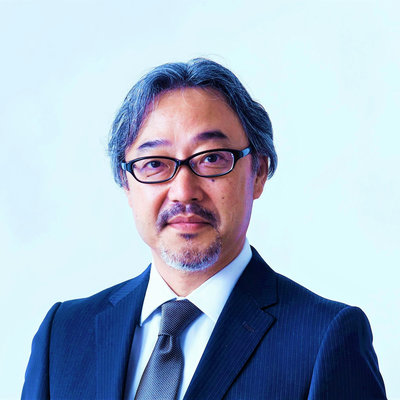 Shinzo Nakano is President & CEO of Itochu Technology Ventures, Inc.(ITV). ITV is a subsidiary of Itochu Corporation, one of the largest trading conglomerates in Japan. He founded ITV in 2000 as a general partner and raised its first fund for $83M from Itochu Corp and other institutional investors. He was named President and CEO of ITV in 2015 and currently runs its 5th fund. ITV invests in IT related startups in Japan and abroad. He received BA in Law at Keio University and joined Itochu Corporation in 1989. 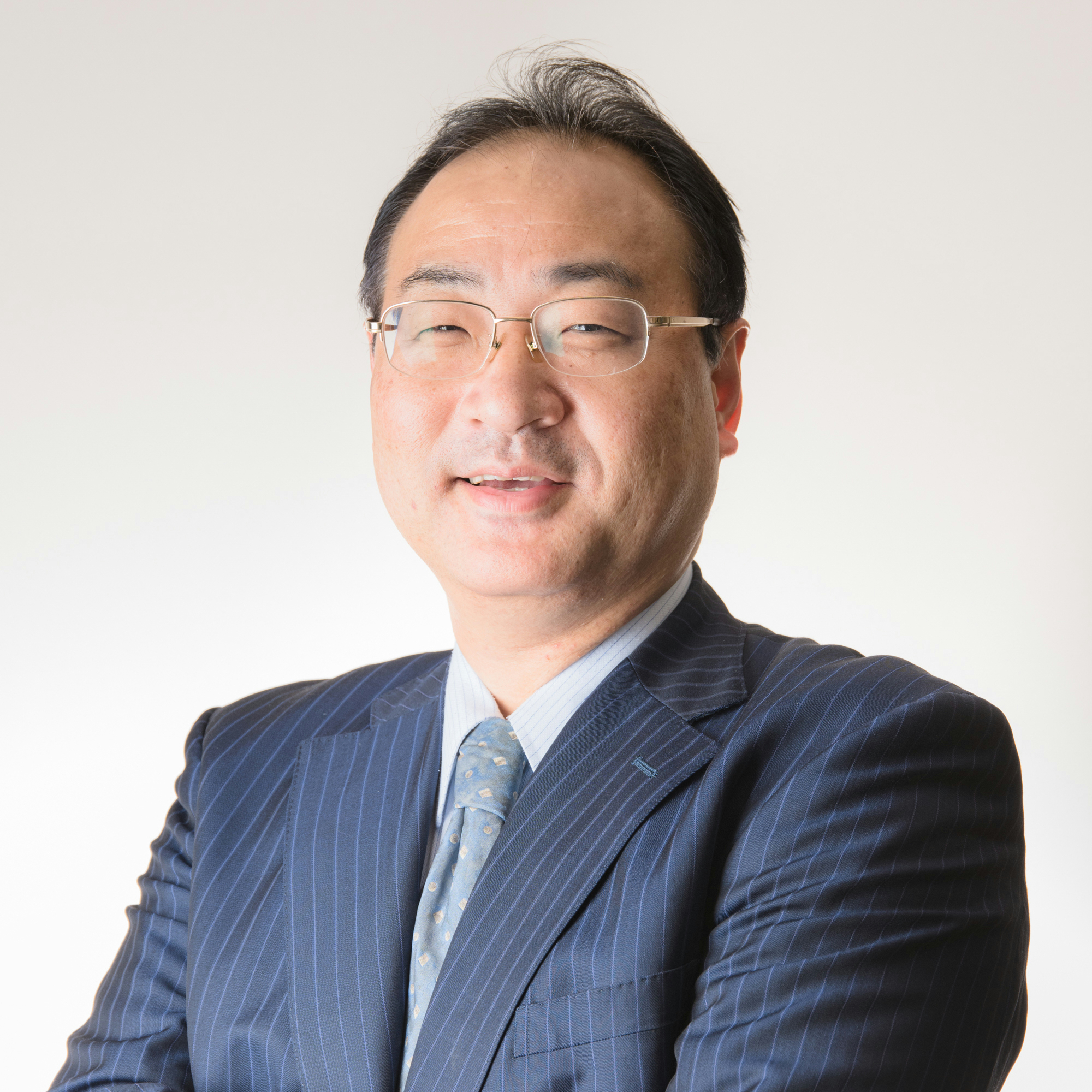 Shigeyuki Tsuchida joined INCJ (Innovation Network Corporation of Japan) in 2009 as Executive Managing Director and has been Senior Executive Managing Director since 2013. He has driven and led many venture investment projects that promote innovation in Japan. He also now puts efforts to promote growth investment in Japan as a Head of Venture Capital & Growth Investment Group.
Previously he was Executive Officer at the Aozora Bank, Ltd., Deputy General Manager at The Norin-Chukin Bank and Deputy General Manager at the Long-Term Credit Bank of Japan (currently known as Shinsei Bank). In these positions, he primarily focused on investments as an institutional investor for approximately 20 years. He received a B.A. in Law from Waseda University. 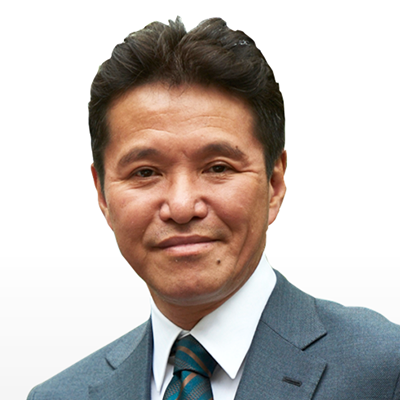 Mr. Takano is Chairman and Publisher of Forbes JAPAN (linkties Co., Ltd.), Founder & CEO of D4V (Design for Ventures, a joint venture capital firm with IDEO) and CEO of MT Partners. Prior to joining Forbes JAPAN in 2014, he was Managing Director and President of PIMCO Japan Ltd. Before joining PIMCO in 2001, he was head of marketing at Goldman Sachs Asset Management.
Mr. Takano's prior experience also includes work at Daiwa Securities where he was head of the strategist team at Daiwa Institute of Research. Mr. Takano has published extensively on the capital markets. In 1992, he was awarded Securities Analysts Journal Prize by the Securities Analyst Association of Japan. He holds master’s and undergraduate degrees in engineering from Waseda University. 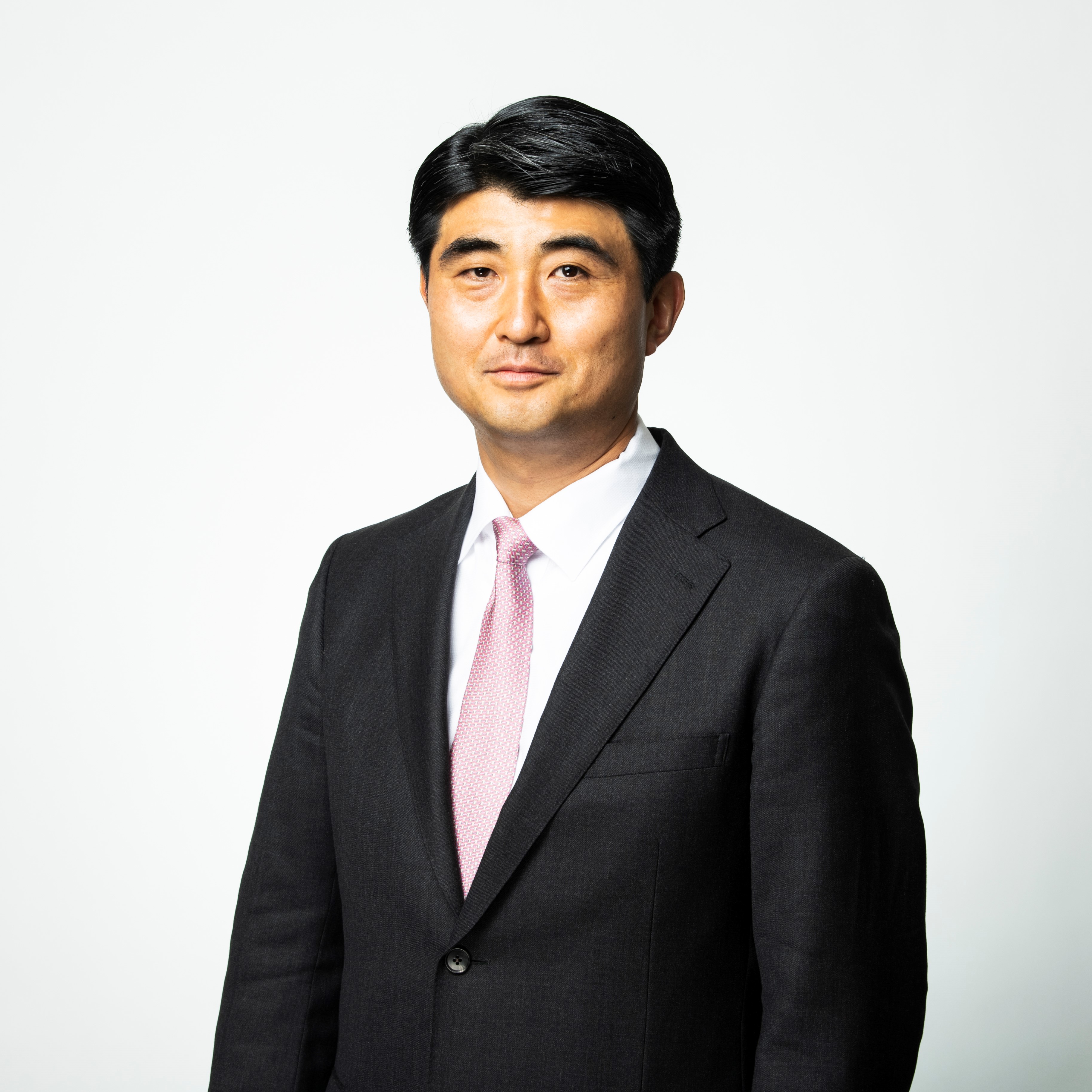 He co-founded UTEC in 2004 to focus on guiding its investments into seed/early stage startups, built the team, and raised four funds totaling over JPY 54 billion since its inception. 10 of his portfolio companies were acquired and 9 went public. The funds are established on the premise of the Japanese law called ""The Limited Partnership Act for Investment,"" which he authored in 1997-1998 at the Ministry of International Trade and Industry (now known as METI) of Japan.
He graduated from The University of Tokyo (UTokyo)’s Faculty of Law, and earned MBA at Stanford. He is currently a Ph.D. student at UTokyo’s School of Engineering, researching on data science regarding academic start-ups.
Mr. Goji was selected to speak on panels in Davos, Switzerland for Japan's Prime Minister Office in February 2018, and in Geneva, Switzerland for United Nations UNCTAD World Investment Forum in October, 2018. 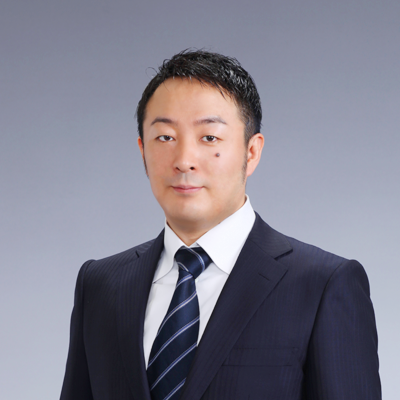 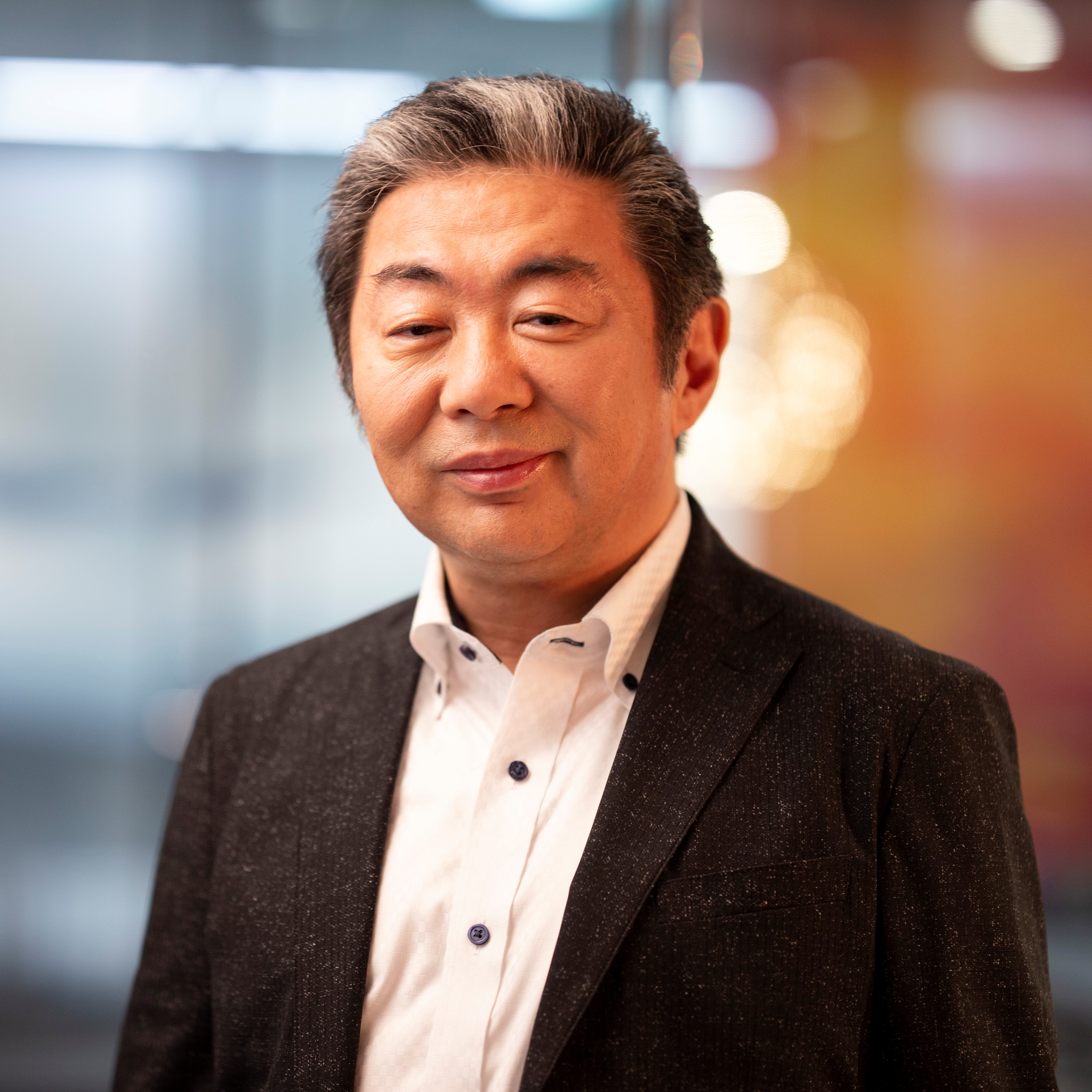 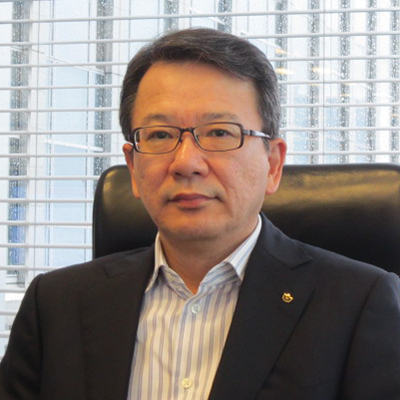 Mr. Fujio Yanagihara joined Daiwa Securities in 1983. He took a position of the Executive Officer in 2010 after engaging in corporate finance at the Corporate Clients Banking Division and serving as the Branch Manager and the Managing Director at the head office. After acting as the Senior Executive Managing Director in charge of the divisions of planning and human resources at Daiwa Securities Business Center, he served as the director positons supervising various divisions including the asset management from 2014 at Daiwa SB Investments which is an asset management firm of Daiwa Securities group. He was appointed as the President at Daiwa Corporate Investment in 2017. 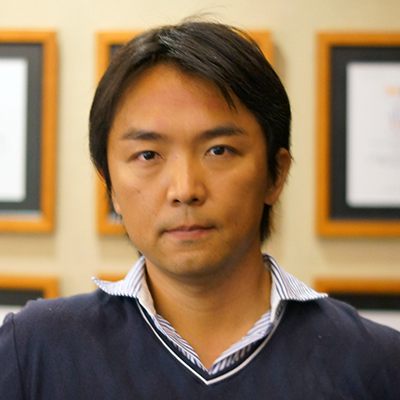 Gen is the CEO and Co-Founder of WiL, LLC (World Innovation Lab), an organization dedicated to accelerating and promoting open innovation in large corporations across Japan. Funded by enterprises from various industries, WiL provides investment capital and strategic guidance to Japanese startups entering the global market as well as overseas ventures entering the Japanese market. In addition, WiL incubates new businesses by leveraging unused IP and resources in large corporations, facilitating innovation and entrepreneurship. Born and raised in Tokyo, Gen joined IBJ (now Mizuho Financial Group) after graduating Tokyo University and moved to Silicon Valley in 2001 to attend Stanford Business School. After graduation, Gen joined DCM Ventures, one of the top-tier Silicon Valley venture capital firms, and worked as a partner until the summer of 2013. 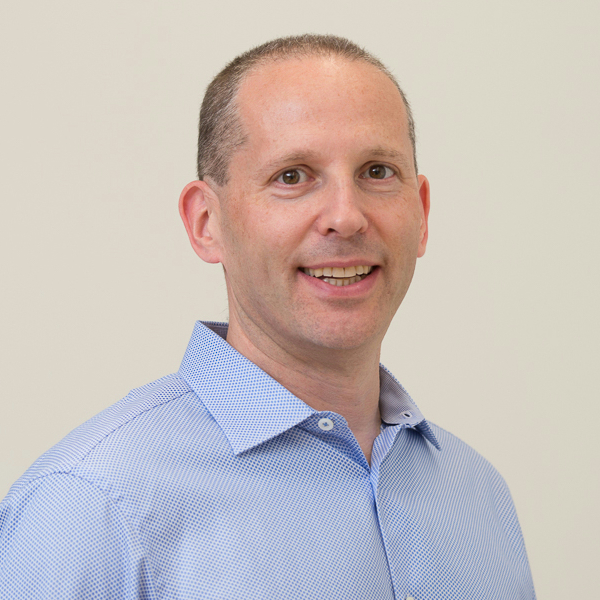 David Milstein is the head of Eight Roads Ventures Japan, the venture capital and principle investment business for Fidelity in Japan. Early in his career, David worked for Asahi Glass and then was a founder of Japan Transaction Partners. He then joined the Walt Disney Company Japan where as VP of the Interactive Media Group, he was responsible for building and launching the Disney Mobile MVNO service. This business drove the division to its largest revenue and profit ever. He earned an MBA from the Harvard Business School and a BS in Economics from the Wharton School at the University of Pennsylvania. 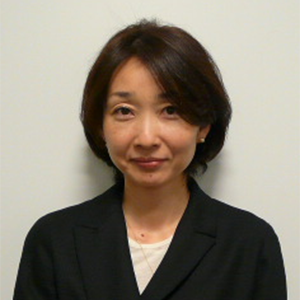 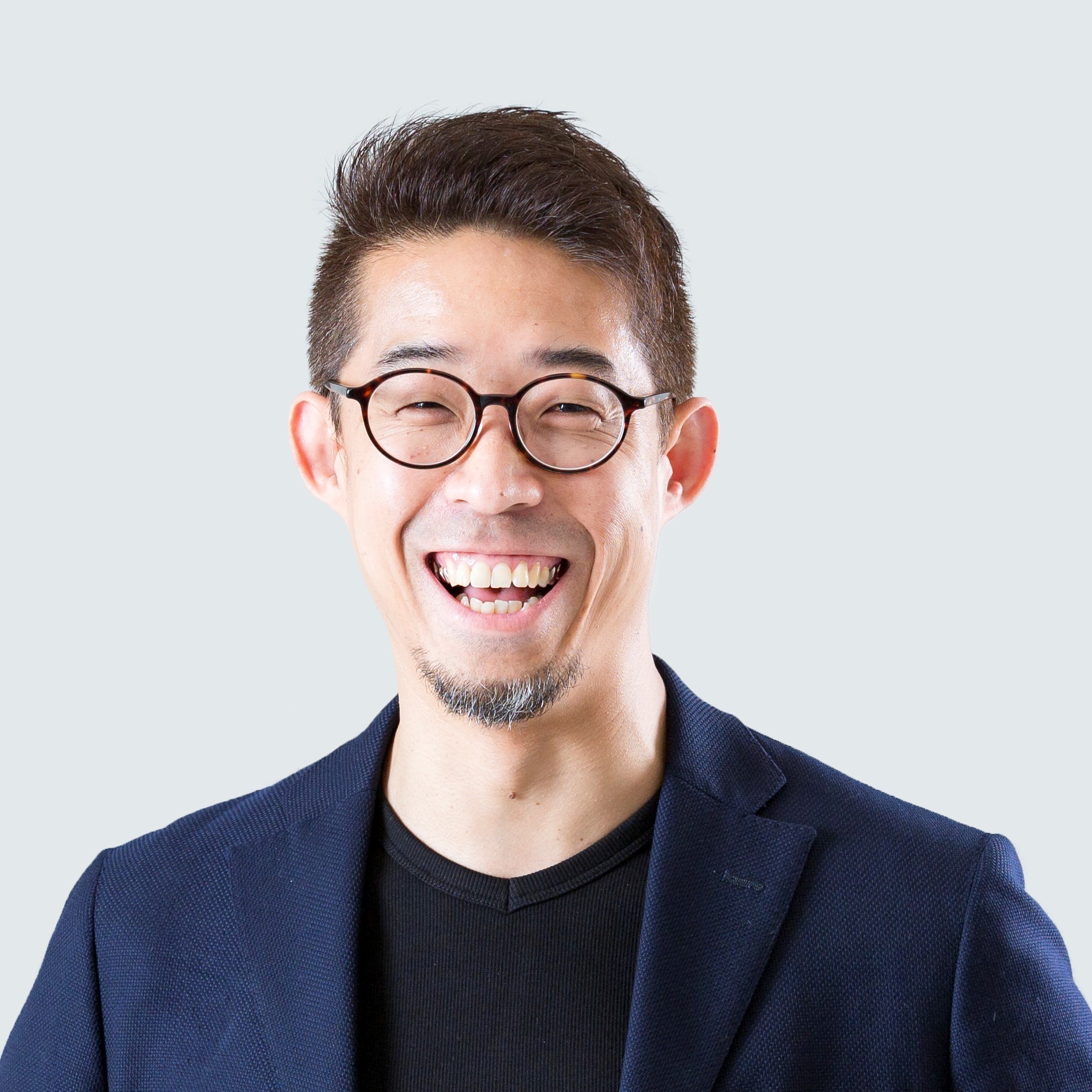 Soichi Tajima founded Genesia Ventures in 2016.
Prior to Genesia Ventures, Soichi joined CyberAgent Ventures, which is the CVC of CyberAgent in 2005 and was appointed CEO in 2010.
He led the effort on expansion of investment area and developed the investment strategy.
Previously he spent 8 years at Sumitomo Mitsui Banking Corporation (SMBC) and experienced financial businesses such as consumer and business loans,
syndicated loan, liquidation of credit receivable, etc. He graduated from Osaka University in Engineering. 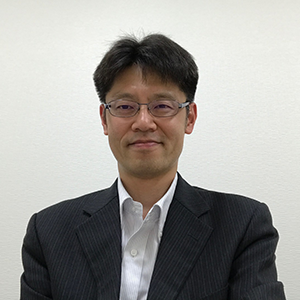 Haruhiko Uchiyama joined DBJ (then the Japan Development Bank) in 1992. Since 1996, when the bank launched the venture capital division that was to become DBJ Capital, his work has focused on providing startup and growth investment to venture firms and assisting in the establishment of independent venture capital funds. In 2015 he was appointed General Manager of DBJ Capital’s Investment Division and in June 2019 assumed his current position as President and CEO. Since 2016 he has also served as General Manager of the Growth & Cross Border Investment Department at DBJ. 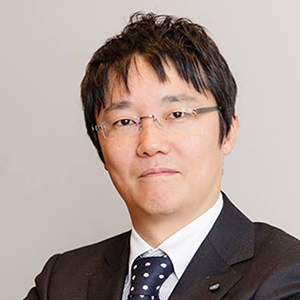 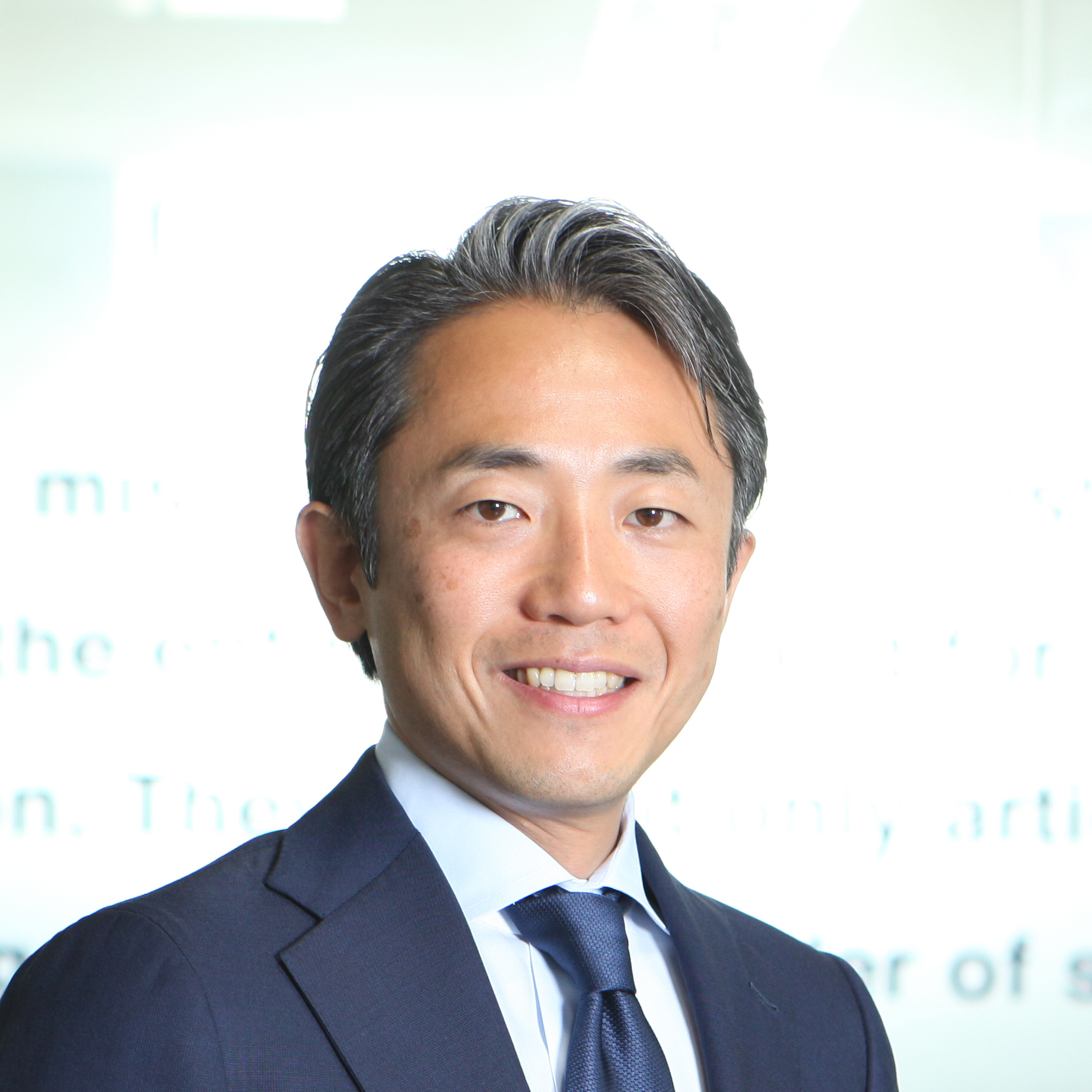 Kotaro Yamagishi serves as CEO of Keio Innovation Initiative (KII) which is Keio University's venture capital. Prior to KII, he co-founded GREE and still serves as the company's board director. He was editor-in-chief of CNET Japan and editor at Nikkei Business Publications. He graduated from Keio University, Economics. 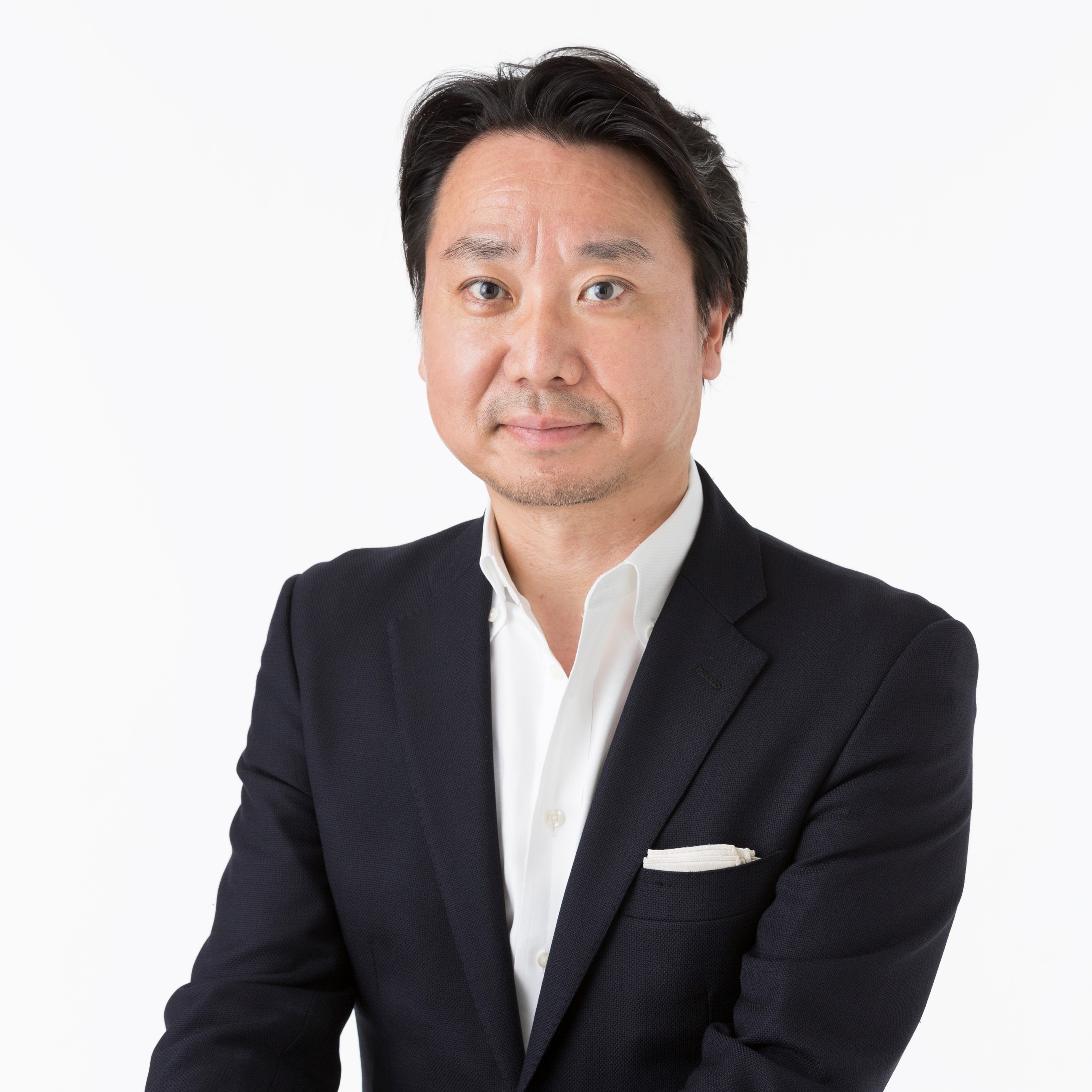 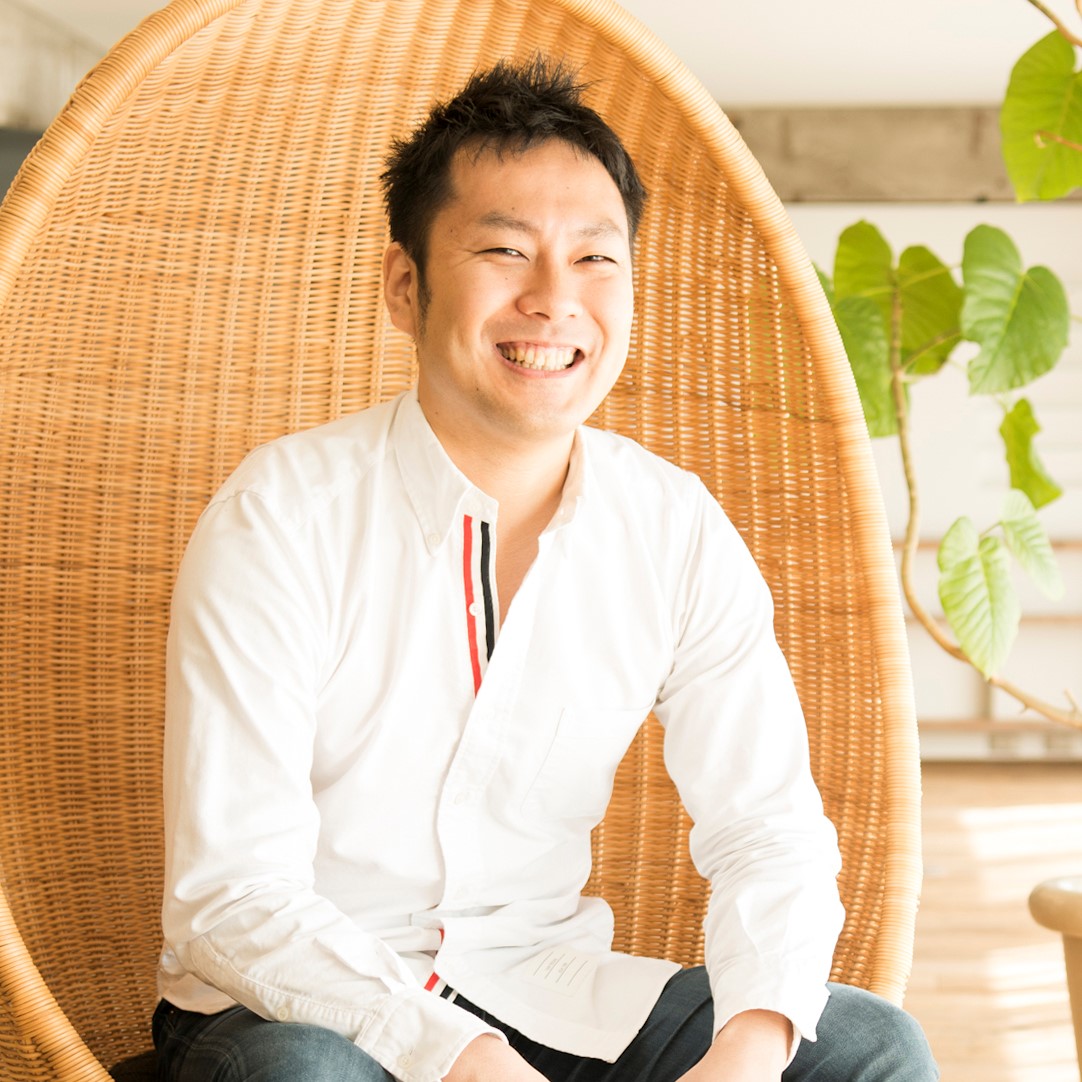 Anri Samata is a founder and general partner at the venture capital firm ANRI, one of the largest seed stage funds in Japan.Prior to founding ANRI in 2012, Anri Samata had worked for Recruit and East Ventures.ANRI, currently managing a 9.4B fund, has invested in over 100 companies in internet and deep tech areas, and its portfolio companies include: Raksul, hey, UUUM, Mirrativ, SmartDrive, Crowdworks, mamari, etc.He has a B.A. in Economics from Keio University. 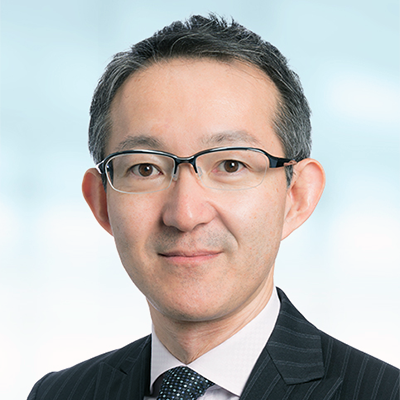 Since joining our audit firm, I have experienced a wide range of work including statutory audit, IPO related services, and advisory services for public interests and governments.
Currently I’m interested in supporting startup companies and new industries such as ICT and life science. Aside from audit and advisory services, I’m also in charge of several initiatives such as implementation of eco-systems and promotion of open innovation events. 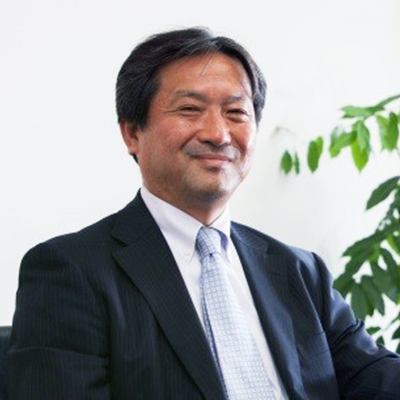 Joined EY Japan in 1985 and belong to International department to audit the pre-SEC listing companies.
Transferred to EY New York office in order to handle auditing Japanese companies in the US from 1991 to 1995.
After the repatriation, engaged in multi-international listing companies simultaneously IPO. Also appointed to the committee of JICPA to prepare the accounting standards generally accepted in Japan such as ‘Collectability of Deferred Assets’ and ‘the Extent of Consolidation’.
Engaged in auditing the listing companies as well as the pre-IPO engagements and appointed to the director of EY ShinNihon Integrity Assurance after the promotion to partner in 2000.
In addition, involved in Asia listing audit as Asia market listing support office deputy leader in 2010 and Cross-border listing office leader in 2012.
As of 2012, appointed to Growing Enterprise Support Leader as IPO responsibility leader for Japan and Japan IPO leader for EY Global. 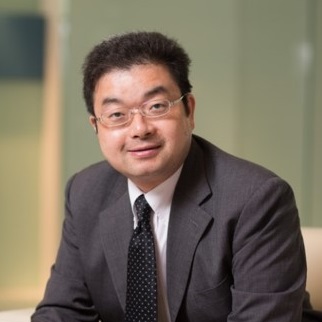 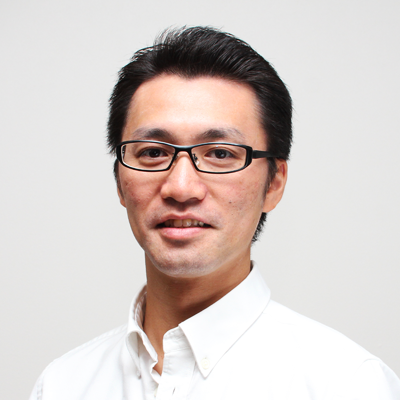 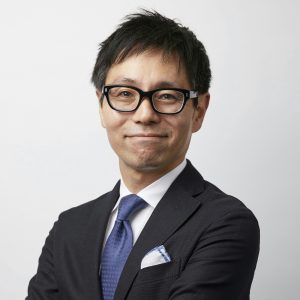 Having co-founded GLOBIS VC in 1996, Soichi Kariyazono has led internet service and software deals. In 1999, established Apax Globis Japan Fund, a joint venture with Apax Partners. His major track records are Gree, Works Applications and Netage Group. Prior to joining GLOBIS, he worked for the Management Consulting Division of Sanwa Research Institute Corporation.
He received a BA in Law from Keio University in Japan and an MBA from the University of Pittsburgh Graduate School of Business. 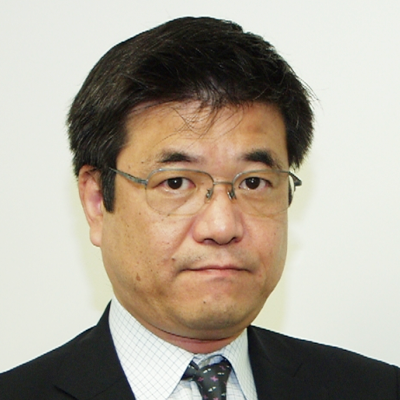 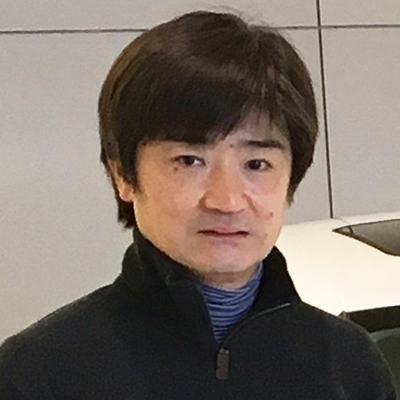 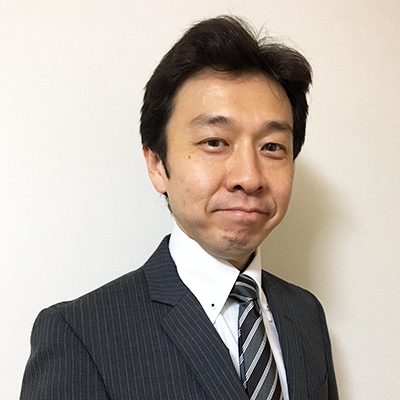 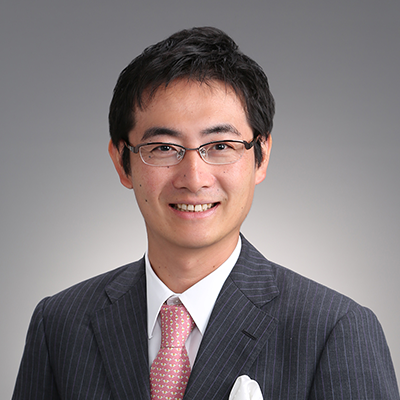 Masakazu (Masa) Masujima is a partner at Mori Hamada & Matsumoto.
Masa represents various financial institutions through fund creation, private equity financing and acquisition financing as well as variety of M&A transactions involving financial institutions. In addition, Masa represents venture capital firms and help them form partnership funds and undertake venture financing. He also worked at Financial Services Agency of Japan from 2010 to 2012 as legal and compliance group head of Insurance Business Division and deputy director at Banks Division I.
Before joining FSA, Masa worked at Silicon Valley law firm of Wilson Sonsini Goodrich & Rosati in 2006 and 2007.
He is a member of the Ministry of Economy, Trade and Industry’s Blockchain Study Group and a member of the Sharing Economy Study Group of the Cabinet Office’s Comprehensive IT Strategy Investigation Office.
Masa is admitted to the Bar in Japan and State Bar of New York. He holds LL.M in Columbia Law School and LL.B in University of Tokyo. 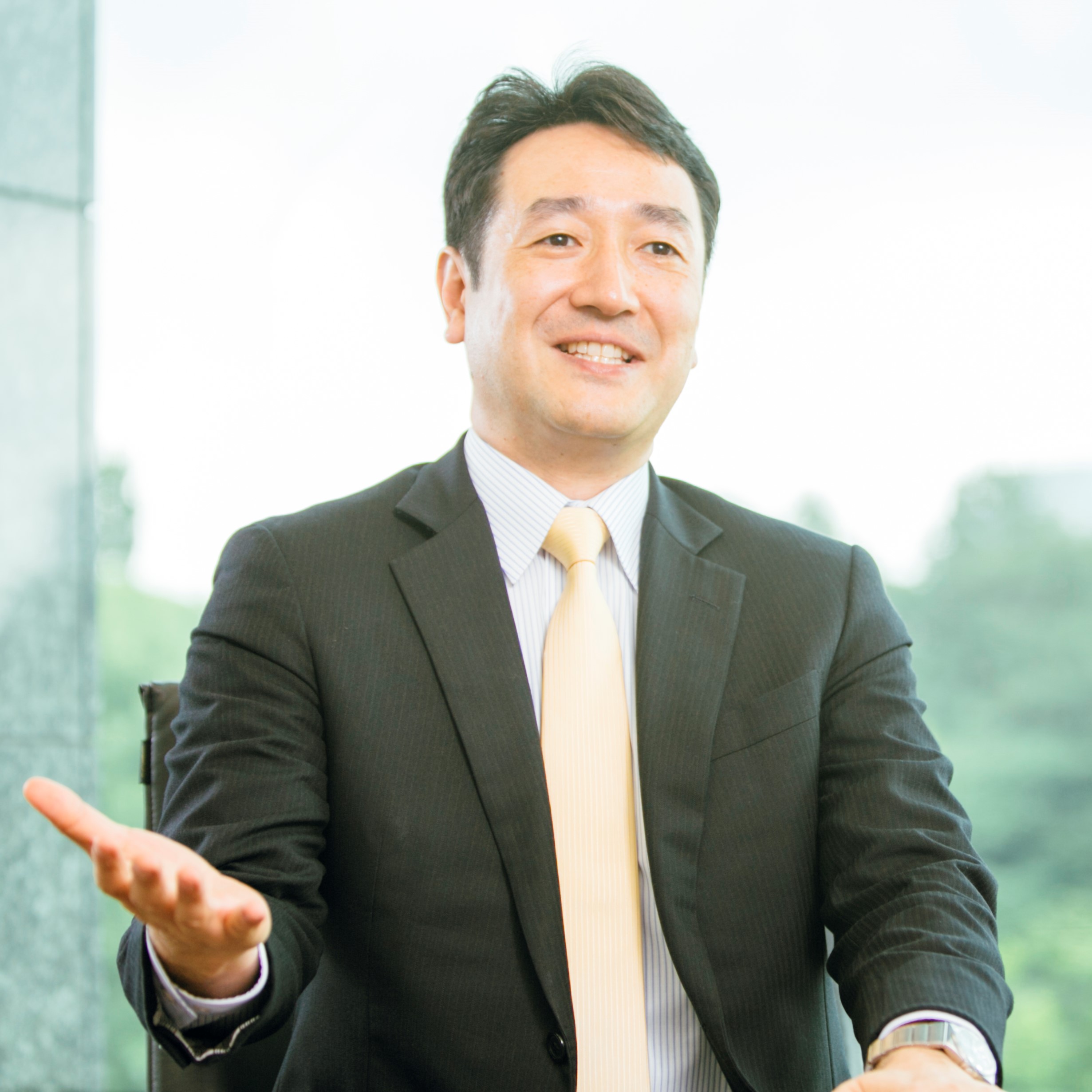 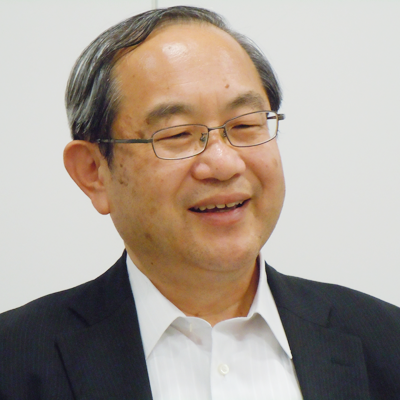